Thousands had reportedly waited for hours to catch a glimpse of the Duchess, who is pregnant with the royal couple's first child. Crowds cheered and sang, and waved British and American flags as she made her way through the market, greeting vendors. Before she was whisked away by security, Meghan, Duchess of Sussex, met members of the UN Markets for Change project, which seeks to promote a safe, inclusive environment for women vendors in a number of South Pacific nations.While Meghan was visiting the market and having tea at the British High Commissioner's residence, Harry made a trip to the Colo-i-Suva forest, which has become part of the Queen's Commonwealth Canopy, a conservation initiative designed to protect indigenous forests. The Prince also took part in a ceremony at the National War Memorial, which commemorates both Fijian and British troops. 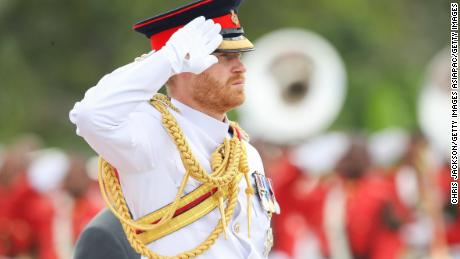 The Duchess and her husband, Prince Harry, are on a multi-country tour of the region. Following several days in Australia, the couple flew to Fiji Tuesday where they were warmly greeted by residents who lined the route from the airport, despite rain. The couple will visit Tonga and New Zealand before returning to Australia.

The visit comes 65 years after Harry's grandparents, Queen Elizabeth II and Prince Philip, visited the island nation following the Queen's coronation. Harry and Meghan stayed at the same hotel as the Queen and Prince Philip in 1953, the Grand Pacific Hotel, and waved at well-wishers from the hotel's balcony before attending a state banquet held in their honor by the country's President Jioji Konrote. 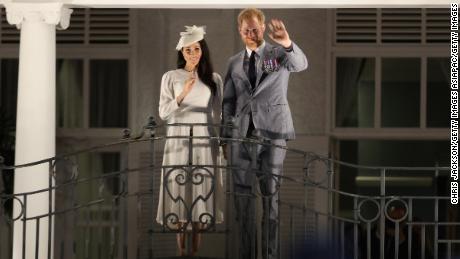 On an official visit to the University of the South Pacific, both spoke, with Meghan giving a speech promoting education and women's rights. "Everyone should be afforded the opportunity to receive the education they want, but more importantly the education they have the right to receive. And for women and girls in developing countries, this is vital," she said, wearing a traditional South Pacific lei. The Prince warned of the perils of climate change, acknowledging its effect on low-lying Pacific Island nations. 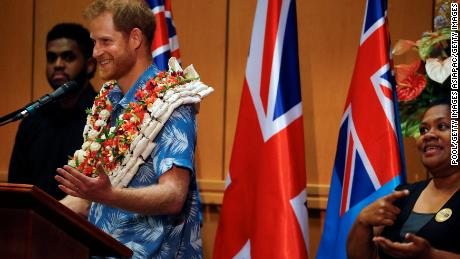 "We know that young people are the future of the Commonwealth… you will be the ones most affected by the global challenges that face us all, but you are the leaders who are creating the solutions," he said. "One of the greatest challenges is undoubtedly climate change and all of you living here are confronted with this threat in your daily lives."

Pakistan prepared to ‘fight to the end’ over Kashmir, says PM Imran Khan

Why weve to worry about inequality to win fight against poverty