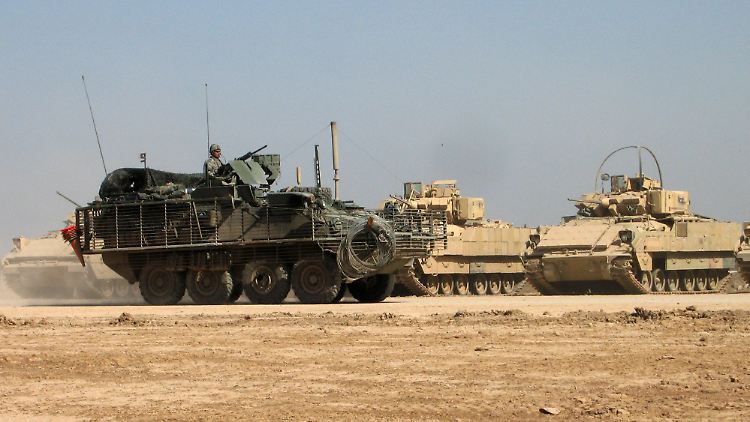 Shortly before the meeting in Ramstein, the US is releasing a new aid package for Ukraine. Bradley and Stryker armored personnel carriers are included. However, Abrams tanks are not included.

Aid From US Government

The US government is providing Ukraine with more billions in military aid to ward off Russia’s war of aggression. The US Department of Defense announced on Thursday evening (local time) a package worth around 2.5 billion US dollars, the equivalent of 2.3 billion euros. According to the Pentagon, it contains 59 Bradley armored personnel carriers and, for the first time, 90 Stryker armored personnel carriers, Avenger-type air defense systems and ammunition – but no Abrams main battle tanks.

Washington had already announced a first delivery of 50 Bradleys last week. Together with the other Bradleys and Stryker vehicles that have now been announced, two complete brigades could be equipped, the Pentagon said.

It is the second-largest single package of its kind to date. The announcement comes shortly before a US-led coalition meeting at Ramstein Air Force Base in Rhineland-Palatinate today, where defense ministers and senior military officials from numerous countries discussed further support for Russia’s advise attacked Ukraine.

With the new package, the US has provided or pledged more than $27.4 billion in military assistance to Ukraine since the beginning of President Joe Biden’s administration, according to the US Department of Defense, more than $26.7 billion of which since the start of the Russian war of aggression at the end of February. The United States is considered Ukraine’s most important ally in the defense against the Russian invasion.

This article is originally published on n-tv.de