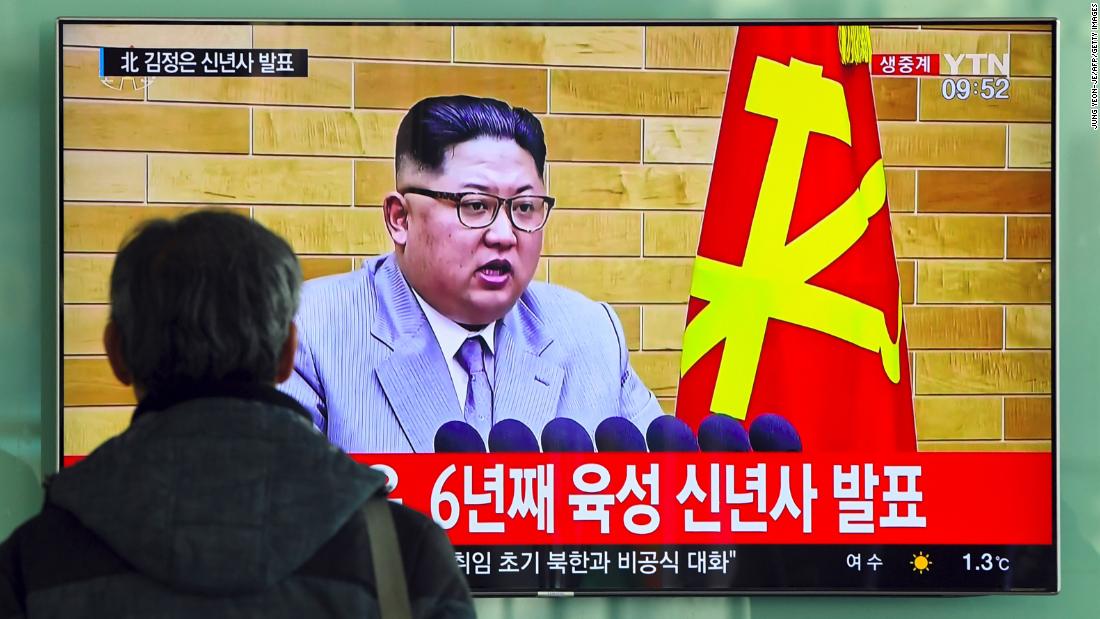 The report, published Thursday morning local time (Wednesday evening ET) by news agency KCNA, did not state exactly what kind of weapon was tested, nor its potential range. However, the description provided by KCNA suggests that it does not represent a return to missile testing for the regime — a tactical weapon is designed to be used on the battlefield, and is typically not a long-range armament.No missile launch was detected by US Northern Command and Strategic Command, according to US Department of Defense officials.Kim praised the weapon's capabilities, the state-run agency reported. "The development and completion of this weapons system will be a great historic event in strengthening the combat capability of the People's Army," he said, according to KCNA."I was often completely moved in admiration at the time of strategic weapons development but seeing this it seems our scientists, engineers and the labor class is truly great. If they are willing then no weapon is beyond creation."The report said the North Korean leader, "climbed the observation post to observe the new tactical guided weapons firing test plan and gave directions." It added that the test, which was "conducted by various firing method on each different targets, had perfectly proved the design specifications of this tactical guided weapon which is evaluated to be superior due to its special flight guidance method and powerful warheads."Pyongyang last conducted a "tactical" weapons test in November 2018. A South Korean government source with military knowledge told CNN that weapon was likely a piece of long-range artillery "likely to be a multiple rocket launcher." At the time, South Korean Unification Ministry deputy spokeswoman Lee Eu-gene downplayed the significance of the 2018 event, saying Kim had been continuing his inspections in the military sector "intermittently."United States Special Representative for North Korea Stephen Biegun has also dismissed the significance of Pyongyang's non-nuclear or ballistic missile tests. Speaking at the 2019 Carnegie International Nuclear Policy Conference in March, he denied that the November test was "a provocation" directed at the United States. "Here we are, probably four, five months later. I don't think there's an expert alive who can even tell me what they tested or if they tested anything. "All they released was a picture of Chairman Kim Jong Un standing on a beach … surrounded by men in uniform, holding notepads, writing notes."

Message to United States and its allies?

Vipin Narang, an associate professor of political science at the Massachusetts Institute of Technology who studies nuclear proliferation, said the weapon likely differs from the long-range missiles the North Korean regime has tested in the past few years. "We don't know what it is but if it's another 'tactical system' like an MRLS (Multiple Launch Rocket System) or a coastal defense system, or air defense, it would seem to be consistent with Kim potentially reminding both the US and (South Korea) — in a calibrated way — where things could go, if the US especially doesn't moderate its negotiating position. "With rebuilding Sohae, continued activity at ballistic missile facilities and Yongbyon, and this, Kim seems to be suggesting 'I've loaded my gun, but I am not going to fire … just yet,'" he said, referring to key testing facilities in North Korea.