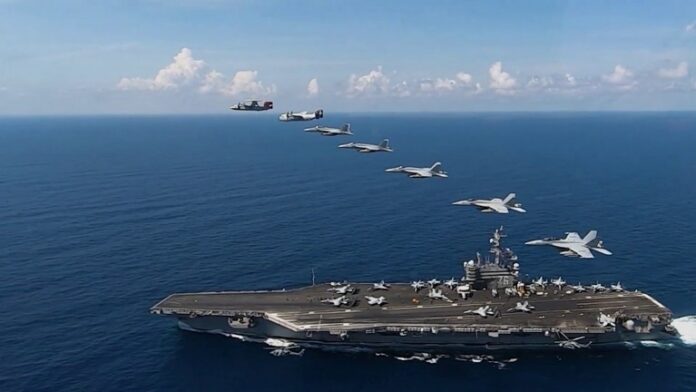 US & Japan To Reorganize Military In Okinawa, Taiwan

This was anticipated by the “Washington Post” newspaper, in view of the meeting in the “2+2” format of the foreign and defense officials of the two countries scheduled for today in Washington.

The United States and Japan will announce a significant reorganization of Marine Corps units stationed in Okinawa, southern Japan, redefining their military posture in visiting a military crisis in Taiwan. This was anticipated by the “Washington Post” newspaper, in view of the meeting in the “2+2” format of the foreign and defense officials of the two countries scheduled for today in Washington. The meeting, which will precede a visit by Japanese Prime Minister Fumio Kishida to the White House by two days, will lead to a “further deepening of the strategic partnership (…) to counter China”, writes the newspaper.

The Japanese press has already anticipated this week the formation of a new “Coastal Regiment” of the United States Marine in the extreme south of Japan, near the theater of a possible conflict between China and Taiwan. According to US defense sources quoted by the “Washington Post”, this regiment will be the result of a reorganization that will be completed in 2025, to allow the Marines stationed in Okinawa to effectively fight China in hostile theaters such as the remote islands of the East China Sea. To this end, the regiment will be equipped with new combat capabilities, including anti-ship missile batteries. It will be, according to the source, “one of the most significant advances in the US military posture in the region in at least a decade”.

The government of Japan last month adopted new versions of the National Security Strategy, the National Defense Program guidelines, and the Mid-Term Defense Plan. The new concept of defense elaborated by the Japanese government finds its main expression in the objective of doubling the national defense budget to two per cent of GDP, in line with NATO countries. The defense budget for 2023-2027 will increase to about 43 trillion yen ($318 billion), a more than 50 percent increase over the current five-year spending plan. The increase of about 27.4 trillion yen compared to what was originally planned reflects a “quantitative and qualitative” revolution in Japan’s military capabilities, with the adoption of unprecedented “counterattack capabilities” and the strengthening of tools for warfare in cyberspace.

Ballistic Weapons To Deal With Threat

To deal with the threat of ballistic weapons developed by major regional adversaries, Japan has essentially abandoned the declination of constitutional pacifism as a self-imposed ban on acquiring weapon systems for long-range force projection. With Prime Minister Shinzo Abe, Tokyo had already started converting its helicopter carriers into real light aircraft carriers, capable of using F-35B fighter-bombers. The new guidelines adopted by the government go further, authorizing the acquisition and development of ballistic missiles with which to pre-emptively strike missile launch sites in the territories of third countries, and to intercept the new hypersonic missiles already supplied to the arsenals of Russia and China.

However, the most immediate priority for the Japanese defense is the expansion of ammunition reserves and military components, and the drastic overhaul of the logistics network, necessary to rapidly mobilize weapons and supplies from the Northeast Asian theater to the Indo -Pacific. To date, the Japan Self-Defense Forces lack the ammunition necessary to sustain a protracted conflict, and most of the existing stockpiles are concentrated in the far north of the country, based on a setup dating back to the Cold War.

The new political guidelines will also involve a redefinition of the command structure of the armed forces, and a general push towards the modernization of war systems, in the context of which the recent announcement of the Global Combat Air Program (Gcap) for the development of a new generation combat in collaboration with Italy and the United Kingdom. However, Japan’s ambitions in the field of defense are met with several obstacles: the most immediate is finding the vast resources necessary to finance rearmament, since Japan’s fiscal health is already today the worst among the major industrialized economies.

Premier Kishida has already announced in this regard that the Japanese will have to deal with a progressive increase in the tax burden in the coming years. Perplexities about the plans adopted by the government also come from various Japanese defense experts: first of all, the absence of measures aimed at increasing the number of personnel of the armed forces, limited by law for over a decade to a maximum of 247,000 unit.

This article is originally published on agenzianova.com