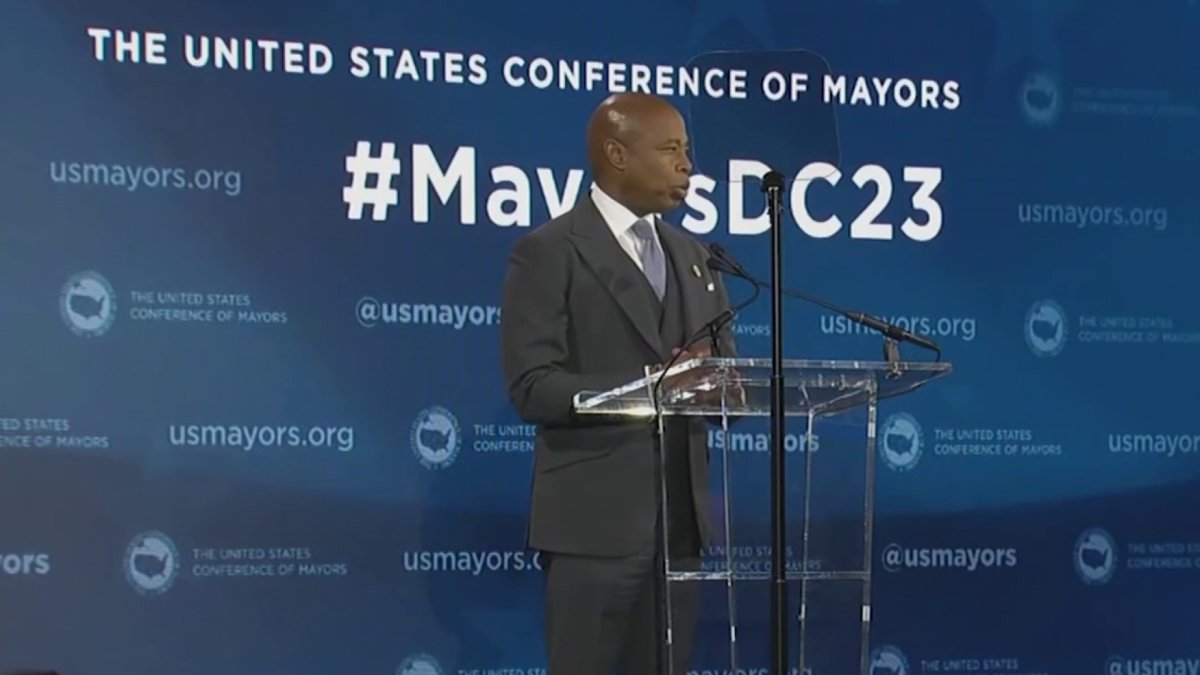 Seeking more help from the federal government to address the immigration crisis in New York City, Mayor Eric Adams came to Washington DC on Wednesday to push for more funding, doing so during the United States Conference of Mayors.

Adams noted that the Big Apple no longer has the ability to afford services and support for those arriving seeking asylum, prompting him to ask for $2 billion in federal funds for assistance.

“These are issues that need a 50-state strategy, the leadership of our government and the economic power of a united nation,” Adams said. “Every attempt to address immigration at the national level through legislation has been sabotaged, in mostly by the right-wing opposition, and the cities are bearing the brunt of this failure, so I’m asking all of you here today to join me in saying: We must come together as Americans to solve an American problem.”

As Part of The Mayor’s Proposed Response to The Asylum Seeker Crisis, he Presented The Following Strategy

A dedicated contact person whose sole focus is to oversee and coordinate our national response to asylum seekers,
A decompression strategy at the border that establishes a plan for the arrival of each migrant and creates a system to distribute the new arrivals equitably regionally.
Congressional funding for the Federal Emergency Management Agency to implement that strategy in places of greatest need,
Expedited right-to-work options for asylum seekers who are allowed to enter the country,
Congressional legislation that provides a clear path to residency or citizenship for those who enter this country legally,
And national leadership that takes a hands-on approach by bringing together nonprofits, the faith community, and the private sector, along with state and local government to meet this challenge.
The mayor also shed light on the opioid problem, citing an increase in fentanyl-related deaths.

Through the expansion of federal funding, Mayor Eric Adams believes there will be a greater response to offer help when needed.

“We also need more federal funding to create a reliable national infrastructure to support treatment and recovery,” Adams said. “Right now, there are not enough treatment centers or funds to care for those who need help so desperately. Federal agencies should also expand coverage for substance use disorder treatment under Medicaid and Medicare, and require the same of private health insurers because this is not a ‘War on Drugs,’ this is a battle to save human lives.”

This article is originally published on telemundo47.com